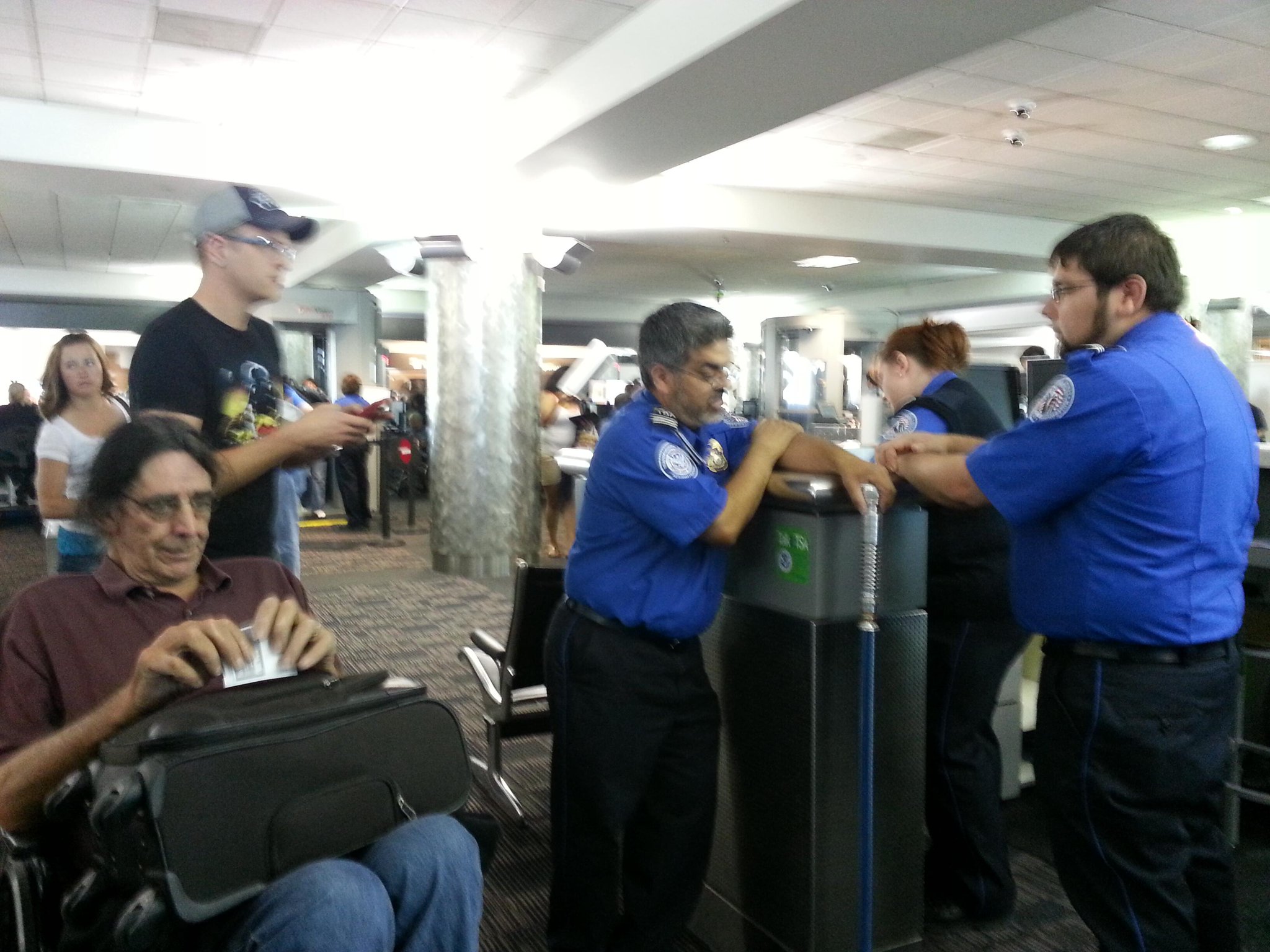 TSA Debates ‘Gui-Gon vs. Obi-Wan’ while Peter Mayhew waits for his cane back.

Security theater met real cinema on June 3rd when TSA commissars attempted to seize actor Peter Mayhew’s cane at Denver International Airport. What would they have thought of a lightsaber-shaped 3-watt laser? They probably wouldn’t have even noticed it, because they were too busy confiscating tiny pocketknives . . .

The 7 foot, 2 inch actor, famous for portraying Chewbacca in the only 3 Star Wars films worth watching, uses a lightsaber-styled cane to help him walk with a bum knee. Despite frequent travel to sci-fi conventions around the world, his cane never caused any trouble until now.

While the Blue Gloves debated, Mayhew Tweeted the above photo and a brief explanation: “Giant man need giant cane.. small cane snap like toothpick…. besides.. my light saber cane is just cool.. I would miss it..”

Several minutes later, the TSA relented and allowed him to board his flight home. As Chewie would say, “Grraaauuaaaigh!” (And Han would translate as “Finally!”)

We know that many blue-gloved junktouchers probably do live in their parents’ basements and play a lot of World Of Warcraft online, and maybe this is why they’re demonstrating a poor ability to separate fantasy from reality. I hate to burst their ‘Veterans Of The 501st Legion’ bubble, but lightsabers are what we on Earth like to call ‘imaginary’ weapons. At least for now.