Dozens are dead following a deliberate attack using a truck as a weapon.

Of course the truck was not acting on its own. It had an operator whose intent was to use it to kill.

Details are sketchy at best, there are reports of gunfire and the possibility that at least one perpetrator is dead. Authorities are reporting a possible hostage situation as well at the Meridian Hotel. What is clear is that a truck travelling 60-70kph plowed into a Bastille Day celebration in Nice, France.

“A local Nice Matin journalist on the scene reported: “People ran, there was panic. He drove onto the promenade and ploughed into the crowd. There is a huge amount of blood and without doubt a lot of people have  been hurt.”

A witness who gave his name as Antoine said: “We were at the Neptune beach and a firework display had just finished. That is when we saw a white lorry. It was going quickly at 60-70 kilometres an hour.”

It has the hallmarks of a Jihadi attack, but there is time for that later. What is clear is that a vehicle has likely been used as a “weapon of mass destruction”. And guns perhaps. It is a good thing that France has laws against murder and restrictive gun laws.

I will update later when I find out more. 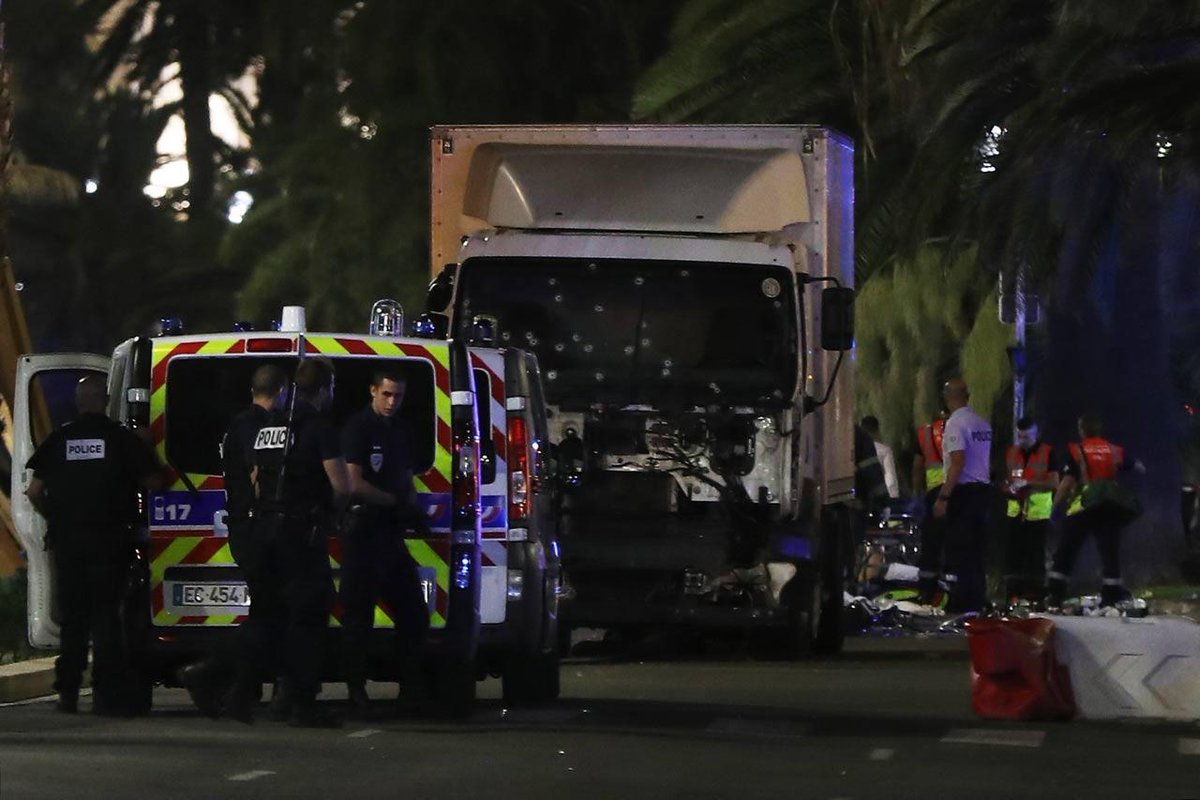 Fox News is reporting upwards of 60 people have been killed.

As is frequently the case, initial reports were all over the place. Telegraph has published a Nice Terror Attack: Everything we know so far piece.

Here are some “highlights”:

Reactions have been pouring in. You can look up the tweets and statements from politicians on your own. Here are a few tweets that make the point I already mentioned about the killer’s choice of tools. I found these poignant and succinct, and I feel like sharing.

BREAKING: House Democrats are planning a sit-in next week to protest "truck violence".

@KurtSchlichter The guns are now using trucks to kill people.

This horrible attack had nothing to do with bombs or guns. It's about the ideology. An agenda driven to kill westerners.

Tolerance IS Western civilization. Take away the tolerance, and there's nothing left to fight for. #FightForWesternCivilization

“There is no virtue in tolerating the violently intolerant” -HCA